How Do Referees End Homelessness?

This is my seventh blog about the Homeless World Cup which is taking place in Bute Park in the centre of Cardiff until August 3. It is a personal reflection or diary piece rather than a chronicle of events.

Once or twice during the week of each Homeless World Cup I like to sit on my own and absorb some of the matches. I am watching from a technical point of view rather than as a spectator. That can be quite difficult to do because the games are often exciting and fabulous sporting spectacles in themselves.

But I want to watch from other perspectives – do the rules need to be updated, for example? Are the team playing within the rules or are they pushing the boundaries? We have very different levels of ability in the teams participating, but does the format allow everyone to have a fair crack at the game? Is sporting fair play and ethics being observed? Are the referees running each game correctly?

Most sports constantly update their rules these days. They need to do that to keep up with technological changes and how fans want to watch games. We haven’t changed our rules for many years now because they work. Our games are fast and exciting with goals being conceded with seconds to go, superb saves throughout and an audience that loves the action. Regular football pundits and commentators have told me this week that they absolutely love the format of the event, some even saying that it is better than the 11-a-side professional game because it is non-stop action!

But there is never any room for complacency and it is important to continually critique to see if we can make the event even more exciting.

A late tackle. A foul. The referee should have given a card in my view. Am I being too harsh? Actually, it’s not my position to comment. I’ll keep my opinion to myself. The referee is in charge of the game and the standard of refereeing throughout our event every year is excellent.

There will never be any need for VAR at the Homeless World Cup, I joked the other evening with some of the referees, because “you guys are always right!” Smiles all round!

When I give talks throughout the year I sometimes start by asking this question: how can a referee end homelessness? Blank looks all round.

I don’t believe that there should be any homelessness in the world. I also believe that if we all do a little something – no matter how small that might be – then we can change the world completely. People are challenged by what they might do, feeling that it is not their place. Often, though, it is all about doing what you do anyway and simply applying it to the issue.

So, the answer to my referee question is straightforward. Here’s our story. At the first event in 2003 the referees were provided by the Austrian FA. One of those referees asked if he could volunteer and come to our next event in Sweden. Then the same happened the following year. Within a few years, a group of international referees was established who volunteered to come to our event each year to referee the games. And every year, at least another referee was added.

Now we have an established group of international referees who are committed to the Homeless World Cup and understand our rules and nuances around those rules backwards. They are an essential backbone of the sporting element of our event. Without referees our event wouldn’t happen and the thousands of players who have played over the years wouldn’t have changed their lives. That’s how a referee can end homelessness.

But it goes further. Now former players, who were previously homeless, are being trained up to become referees. They go on referee training courses, gain certificates and referee games in their own country. And it goes full circle because some of them get to a certain standard and volunteer to come back and join the international group of referees to officiate at the Homeless World Cup.

And this year is no different. The Homeless World Cup referees are just brilliant people who are simply changing the world simply by doing what they do: refereeing games.

And so, over to you. When you say to yourself, I don’t think there should be any homelessness but I don’t know what to do, think of this story about our referees and go and do whatever you need to do. Collectively if we have the will and the determination then we can end homelessness altogether. 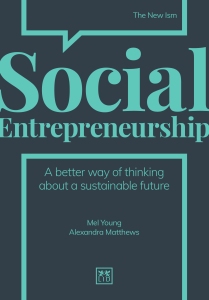