This is my second daily blog about the Homeless World Cup which is taking place in Bute Park in the centre of Cardiff from July 27-August 3. It is a personal reflection or diary piece rather than a chronicle of events.

Cardiff and the Welsh people have taken the Homeless World Cup to their hearts. The welcome everyone has received has been open and generous. Very special.

There are some lovely moments at the university halls of residence where everyone is staying. As the buses arrive bringing the teams from the airport or the railway station, they are immediately greeted by players and former players from the Welsh team. Teams are delighted to have finally arrived and the Welsh players are overwhelmed to see them. It is very genuine and moving to see.

But it’s not just the players, it is everyone involved in the event from staff to volunteers to local journalists and local people. A taxi driver told me how proud he was that Cardiff was hosting this event which he thought was entirely appropriate. Local journalists are bursting to tell the stories.

As some of the Swiss team were chatting in the street, a local man appeared and wished them every success. He said he wasn’t attending because he liked sport with another shaped ball. Everyone laughed. He saluted the Swiss guys and strode off. Beautiful.

And the centre of the city is proudly decorated with Homeless World Cup banners. You can’t miss them.

The site itself, which is not yet open as it gets its final polish and makeover for the first games which start on Saturday, is surrounded by colourful and informative banners. The message is clear – Cardiff is so proud to host this event which they want to be a huge success, and everyone is extremely welcome.

Whilst the excitement continues to grow, it’s time to get down to some serious business. I am honoured to make the draw for this year’s event with Laura McAllister who is a former Welsh football internationalist and sports administrator. For the first days of the competition, teams play each other in qualifying groups, and everyone is desperate to find out who plays whom on the first day as they try to plot their way to victory. It’s just brilliant watching everyone’s face as the teams are drawn out.

There are many intriguing ties. Who can beat the Mexicans? They won both the men’s and women’s competition last year but will they be successful this year? The women will be hard to beat as they have won the Cup five times out of the past six events. But sport is never predictable and anything can happen.

The first ties will feature the host country Wales, who take on Denmark in the opening men’s match and Northern Ireland in an all-British tie in the women’s event. For the opening ties on Day 1, national anthems are played which are always a hugely special moment. Can’t wait to hear the players singing at the top of their voices.

Meanwhile, at the Draw venue, there are only 18 hours now until the first games kick off and the coaches and players are already talking tactics. They are all talking at once!  It has been a massive journey for everyone, not just over the past 24 hours, but over the past 12 months and now everyone is here, hugged into the bosom of these lovely Welsh people in Cardiff.

Can’t wait for kick off! 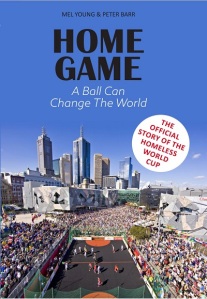